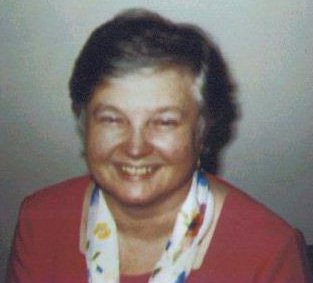 Priscilla Smith is the owner of the Ruff 'n Sluff and Marietta Bridge Clubs. Priscilla, a short biography

GNT Qualifiers so far this year

In 1974, a north wind emanating from Michigan blew in a small round dynamo named P. A. Smith. She was not to grace the bridge world for several years. Instead she had given up teaching math and science to become VP of production for a lottery marketing firm. A job she had held for ten years.

Dame Fortune smiled on the bridge world when, in 1980, a fellow employee named Sharyn Trucks convinced Priscilla to take bridge lessons from Ann Reese. By 1981, she was hooked and played regularly with Joe Sherwood. The mechanics of the game interested her as much as the game itself. By 1985, she had passed the directors exam and began directing a couple of games a week for Betty Perkins.

Along the way she became an active and vital contributer to Georgia Unit 114, serving as treasurer of both DBAA and GA unit 114 and as unit-club liaison.

Bridge really became a focus of Priscilla's life in 1989, when she took a course in tournament directing. The new and blooming I/N program recognized Priscilla's talents immediately and she was really off and running. She began assisting at all District 7 MABC tournaments in the I/N games and the program grew even more successful.

In 1990, Priscilla branched out on her own, starting a game at the Piccadilly Cafeteria in Marietta. One game grew to 2 and 2 to 3. Within 2 years Priscilla had opened her own full-time bridge club, Ruff ‘n Sluff. She was so busy and successful she had to leave the Thursday game one day for just a few hours - to get married to Wayne Collier. They returned in time to score the game.

Priscilla is talented, knowledgeable, smart, and witty. Look for the director with a twinkle in her eye and a story ready to tell. Don't be surprised if someday soon you find Priscilla Smith as National Director in charge of the I/N program.

Written by Kathy Whidden, Reprinted by permission from PIPS & TIPS, Vol. 10 No: 1